A few years back I heard Dr. Russell Bishop speak in Simcoe County. Coming across this video of him has got me wired for sound again. 🙂

He has done research in New Zealand around Maori education. In New Zealand, educators face a similar situation as we do here. We are failing our First Nations population when it comes to our responsibility to educate all. There is a major achievement gap between First Nations and non-First Nations students. Dr. Bishop has come to the conclusion that a big part of success for Maori students is the relationships in the classrooms. I would assume (without any research of the sort – yet) that the same thing is true for our First Nations, Metis and Inuit students in Ontario. How wonderfully empowering is that for a teacher? All those times we’ve thrown our hands in the air saying “if only I could do something”, expressing that feeling of hopelessness which often turns into frustration. Well, it looks as if there just might be…
The reason I am so fascinated with Dr. Bishops work is that he’s actually found a way to work with educators to improve these relationships. That is amazing to me. I’ve helped colleagues and other educators work on specific skills (using technology, using math manipulatives, assessment techniques, rich tasks), but to work with teachers on something so personal is intimidating. My weak understanding of what he does (which may be wrong) is to create PLC within the schools and send in trained facilitators. What I wouldn’t give to be able to attend the training for one of these facilitators! I am unaware of any place in Ontario that is working with teachers to improve the relationships with students in the classroom. Please, please correct me if I’m wrong, I’d love to know of places that are focusing on this.
I would like to extend my thought one step further – that this building of relationships between teacher and students would also improve the success of students at-risk (whether they are of an Aboriginal background or not). They do not relate to the school culture. The one where reading and writing well are what get recognized. The one where you learn while sitting in a desk. So, if we cannot change everything about the educational system quickly enough, maybe we could at least focus on these teacher-student relationships to help improve access to education for many struggling students.
Now, if only I knew HOW to develop the ability to build these relationships… 🙂

This year I was asked to walk a group of 60 educators and administrators through the steps to using our new “student success database”. The goal of the day was to have school-based teams collaborate on how to best use this tool to improve student success, including some actual planning. Some participants had already attended sessions on the mechanics of the database, others had never heard of it before. It was an extremely varied group. We wanted to encourage the discussion that resulted in having some experts in each team at the table and so were hesitant to split the group up based on experience. We also wanted to respect the “experts” time and allow them to move their own learning forward. However, we needed the large room to be quiet enough for those who had never seen the program before to follow along.

To differentiate for the group I decided to provide an “official” back channel conversation for the group. This is something anyone reading this post likely does naturally during most sessions you attend.

The dilemma was that many participants were not over technologically savvy, nor did they use twitter. To ensure everyone felt comfortable and confident, I searched for the easiest way to set up a conversation. I stumbled upon twiducate.com. We decided that it worked because I could set up accounts for participants ahead of time and it was as simple as login and post comments.

After running into the common problem of blocking (anyone in the group who was on the guest network, not on the admin network was blocked), we got it going. I walked the group through using the database, while I heard the clicking of keyboards followed by giggles and snickers around the room.

The risks I took in having this conversation that I couldn’t follow easily were far less than the benefits. Everyone in the room was engaged. For the first time (I’ve ever witnessed) a certain Vice-Principal (friend) put down her blackberry and wasn’t texting jokes to someone at another table. 🙂 They were making comments about how they would use the database in their school, what improvements they would like to see and concerns they had. Of course, there was the required post about when drinks would be served and picking on one good-natured VP. Ultimately, it got us where we wanted to go with smiles.

And the added bonus? “What was that website?”, “Could you show me how to use that with a class?”, “Would you come and show my teachers how to do that?”, “That would be really cool in a XXXX class”, “What a neat site!”. 🙂

We demonstrated something new to some educators.

Twiducate served its purpose well in creating a place to chat for relative “newbies”. I think it is a good alternative when your entire group doesn’t use twitter, and they have laptops with them.

Just as I hit “send” on an email containing my report for our schools’ ICT Integration Capacity Building Project I came across George Couros’ post. He writes passionately about using differentiated instruction when running PD in the area of technology integration. In the magic of pefect timing, my report had just become a rambling to the same effect. I realized as I sent off my report that the “Please add any comments or suggestions” section was longer than the report itself.

This project started well right from the beginning. The organizers recognized the individuality of each school right off the top. Many schools did projects similar to what George described in his post, but with smaller groups. Many used ABEL accounts and had a group of teachers working on using Moodle to support their classes. In almost all cases a group of teachers got together and supported each other in implementing the same technology.

At PSS we decided that there wasn’t one technology that worked for every teacher. Our goal was to build a culture where different teachers are all using different technologies. Whatever works for them. The building capacity part comes in the sharing and making sure we know what each other are doing. This creates multiple “masters” of different technologies within our building.

Below is a modified version of my report (boring budget taken out). Being able to use this budget to differentiate our experiences has created such a positive feeling around integrating technology in our school. Definitely a step in the right direction. Next year we will connect it more solidly to specific learning goals or achievement goals.

** In some browsers, the following SCRIBD document does not show properly. If not, you can access the word file here: http://www.jaccalder.com/ict-report.php 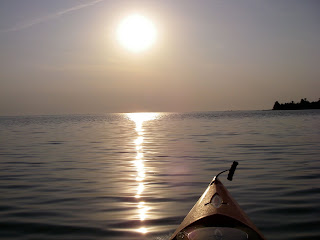 I’m very interested in the effect of community on education. My intuition tells me that small schools allow for a community to be created that cannot be replicated in large schools. This led me to do some research into the effect of school size on achievement and the cost savings.

What the Research Says About Small Schools http://d1.scribdassets.com/ScribdViewer.swf