Today in our period B MFM1P class we started investigating ratios and proportional reasoning.

We started using Dan Meyers 3-Act Math problem “Sugar Packets”. After watching the video, students were engaged and grossed out at the thought. Then, they were each given a different size of beverage (juice boxes, chocolate milk, small soda cans, large soda bottles, iced coffee, iced tea, gatorade and lower sugar gatorade, powerade, snapple, vitamin water, etc.). Groups had to figure out how many sugar packets were in each beverage container. 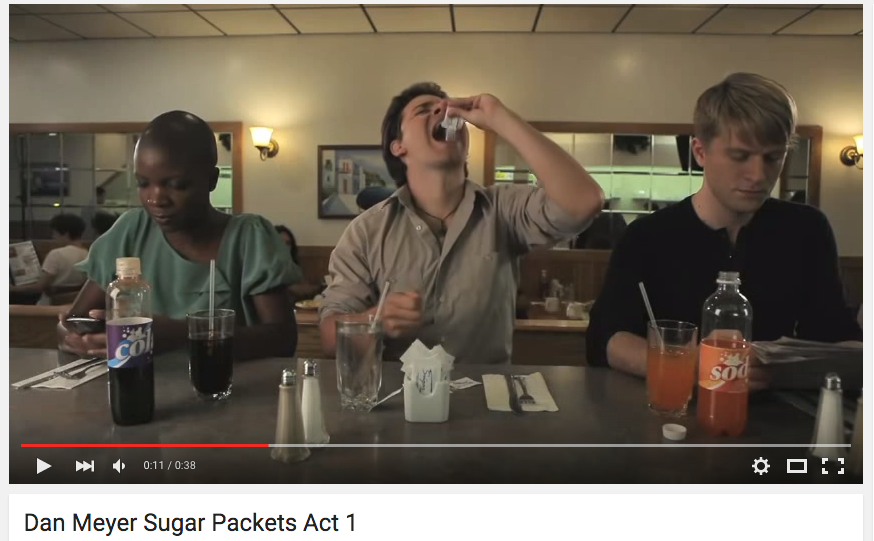 After collecting all that data, we talked about if this was a fair comparison to base our decisions on. Students decided that it was not fair because each container was a different size. Groups then began the difficult work of figuring out how to find the number of sugar packets in a 591 mL sized bottle of their beverage. 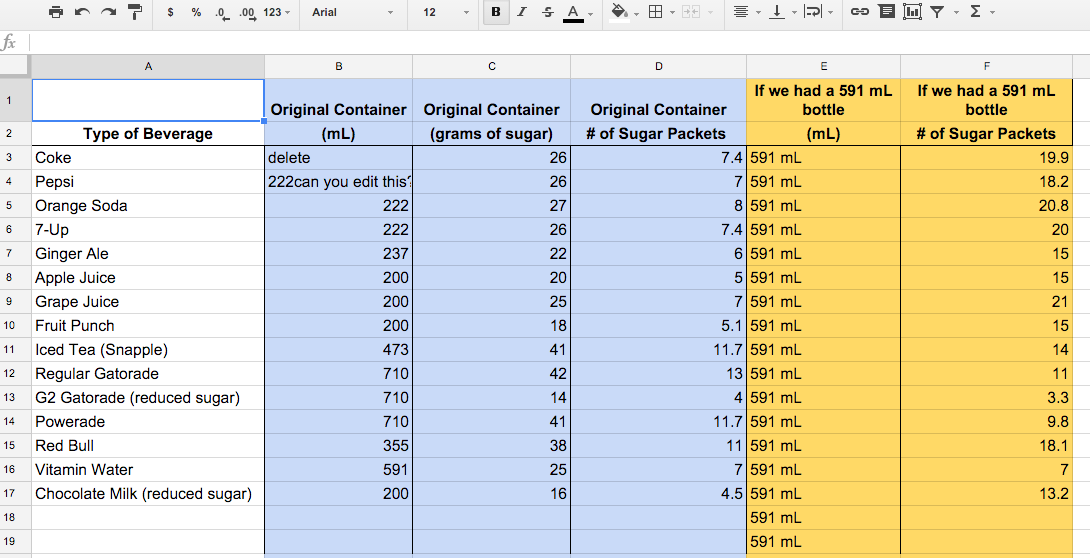 We consolidated by setting up ratios and then comparing a few different algebraic methods for solving it. We ended up with a great discussion on types of beverages, types of sugar (fruit sugar, liquid sugar, corn syrup) and ratios. 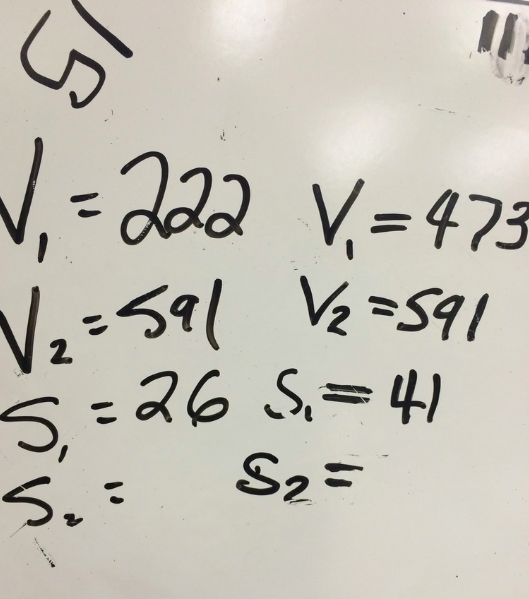 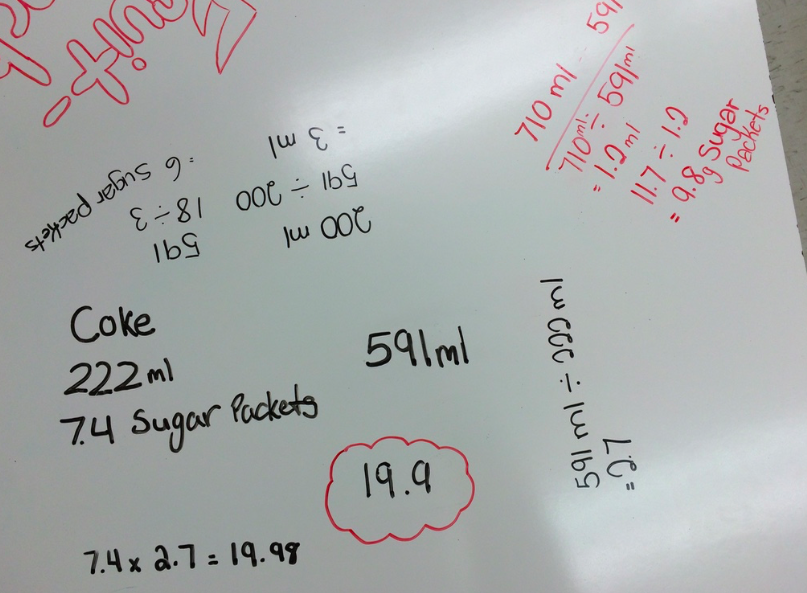